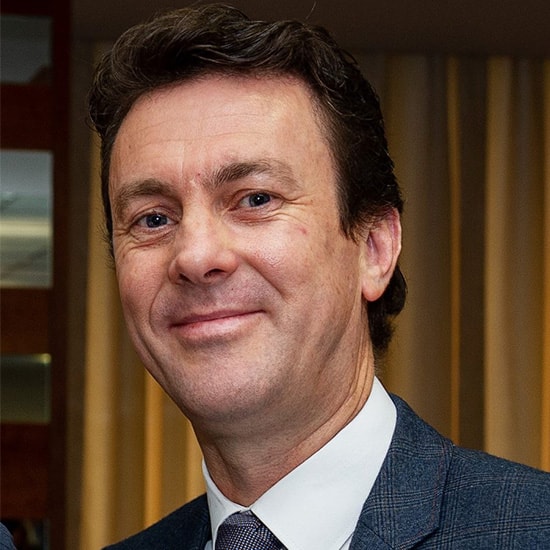 Brian Duffy is originally from Castlegar and is a past pupil of St. Joseph’s Patrician College, Galway and holds a B.Comm. degree from NUI Galway before qualifying as a Chartered Global Management Accountant (CGMA).

As a Fellow (FCMA) member of the Chartered Institute of Management Accountants (CIMA), Brian’s commitment to further education and learning is underpinned by his pursuit of other relevant qualifications. He has completed an MBA from Manchester Business School, Manchester University, and received the accreditation of Chartered Banker (CB) from the Institute of Bankers in Ireland. He also holds the Qualified Financial Advisor (QFA) from the Institute of Bankers in Ireland.

Brian has worked in the accountancy profession and financial management and control in industry, the charity sector, private practice and in the financial services sector over the last 25 years. Brian is currently a Director of Tri Everest Wealth Management Limited and Financial Controller of Druid Performing Arts CLG.

Brian has held a number of voluntary positions and is past chairperson of the CIMA West of Ireland Branch and served as a member of the CIMA Ireland Board between 2009 and 2013 during which time Brian was CIMA Ireland’s representative at the Companies Registration Office Accountant’s Forum.

Brian has participated as a mentor and adjudicator for the undergraduate ICE program for Commerce students in NUI Galway in 2011 and 2012. Brian has also been a member of the Judging panel for the SCCUL Entrepreneurial Awards in 2011-2015 and is a current member of the board of directors of SCCUL Enterprises CLG. Brian is a past member and treasurer of the Corrib Lions Club, Galway between 2012 and 2018. 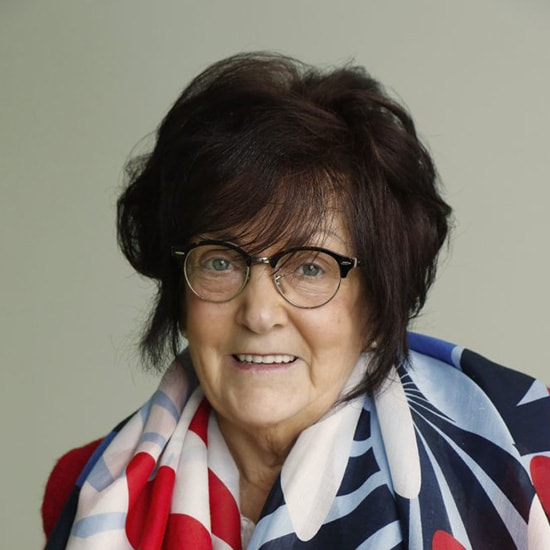 A native of Cork, Phil has lived in Galway for many years. Phil is involved in many organisations. She takes pride in being an active member on the Board of St Columba’s Credit Union and is currently on the Marketing Committee.

Other organisations Phil is involved in are, Notre Dame de Lourdes Committee, Children’s Rememberance Committee at University Hospital, Galway among numerous others.10 years ago, Phil was part of the group who started the volunteering programme at UHG. This has now grown to 40 volunteers.

National University of Galway, Director of Bachelor of Commerce. Johanna is a Lecturer in Business Enterprise covering areas such as: Lecturer of Strategy, International Business, Innovation & Entrepreneurship. Research member of

Co- Founder of  the Celtic Irish American Academy. Director of SCCUL Enterprises CLG since 2015 and Chairperson since 2016. 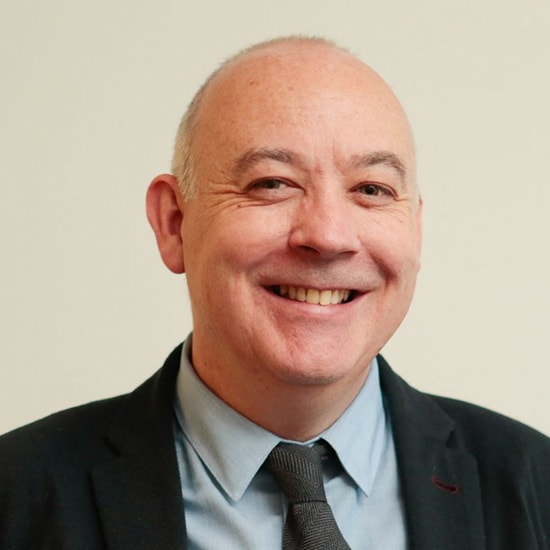 Dermot Mahon is Acting Director of Services with Galway City Council with responsibility for Housing, Environment and Climate Change, Recreation and Amenity. Dermot has 20 years’ experience in the local government sector

and has previously worked with South Dublin, Galway and Offaly County Councils. Dermot holds a BSc Surveying, Higher Diploma in Urban Development and a Masters in Public Management.

Dermot joined SCCUL Board in January 2017. 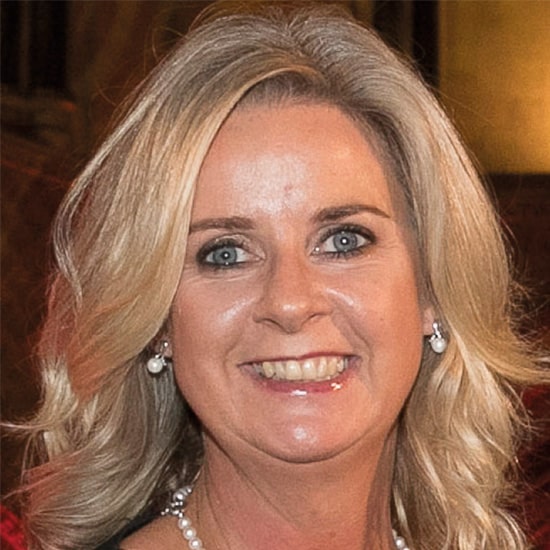 Since 2004, Dr. Lorraine McIlrath has coordinated the Community Knowledge Initiative (CKI) at the National University of Ireland Galway. There she is responsible for developing and supporting civic engagement

activities across the university, with the CKI team, including service learning and student volunteering. Over the last two decades Lorraine has led and developed a number of national and international projects to further the civic and social role of higher education within society. From 2007 to 2012, she founded and was Principal Investigator (PI) of Campus Engage funded origionally by the Higher Education Authority (national Irish network to support civic engagement within higher education). Campus Enage is now a mainstream national programme and is based at the Irish Universities Association (IUA). She currently co-leads a national project to pilot the Carnegie Foundation Framework for Community Engagement in partnership with the University of Massachusetts and Merrimack College Boston supported by the Ireland Funds and the Talloires Network. She developed the opening of a new communtiy cafe concept based at ILAS called Saol Cafe (Irish for Life) in partnership with SCCUL Enterprises giving people marginalised from employment an opportunity to work.

She has keynoted on her work around the world, from the USA to Saudi Arabia to Spain to Australia. She is a founding member partner in a nine university EU Tempus Funded Project to support the introduction of service learning to five universities in Jordan and Lebanon entitled the Tawasol Project. In 2014 she was elected to the Steering Committe of the Talloires Network.  She co-directed the Europe Engage Project in partnership with the Autonomous University of Madrid. She has consulted for the British Council in Russia – supporting the development of the College for Multicultural Education in Sochi and worked for the Higher Education Consortium for Urban Affairs (HECUA) as Programme Director in Northern Ireland. 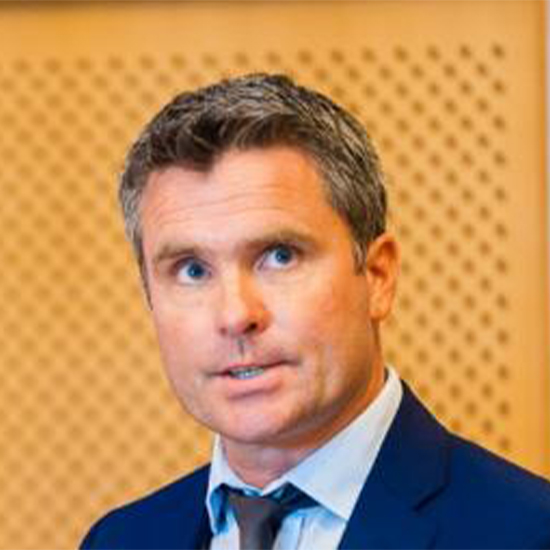 Originally from Dublin and a graduate of UCD and NUI, Galway, Glenn has been living in Galway for 25 years. Currently head of oceanographic and climate services at the Marine Institute in Galway. Previously Director

of the European component of the Global Ocean Observing System in Brussels. Broad experience in influencing and participating in European funded programmes (Interreg, Framework 7 and Horizon 2020) and in developing Ireland’s ocean observing and forecasting capability and funding for marine research and development over 2 decades. Lecturer on undergraduate and postgraduate programmes in marine science at GMIT and University of Malta. A keen sailor at Galway Bay Sailing Club and also enjoys running. 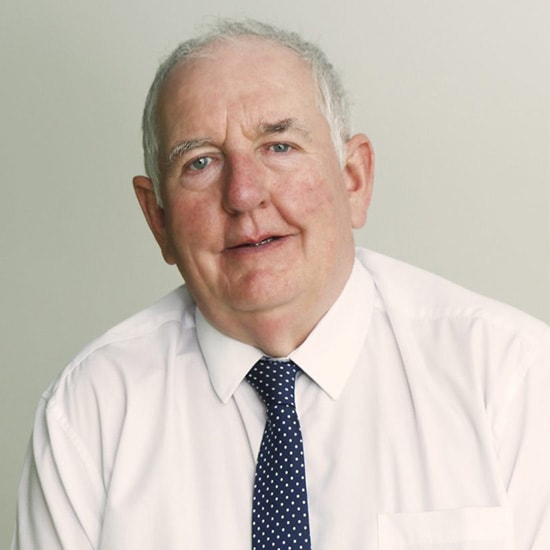 Bridge that Gap is a community-based initiative supporting local jobs and tourism in which Tom is very involved in. Director of Cloonmore Consultants Limited set up 2003. Chairperson of Oranmore Community Development Association.

Chairperson of Sponsors of Community of Oranmore Maree Employment Scheme.

Member of Board Oversight Committee for St Columba’s Credit Union.

Read more
We use cookies on our website to give you the most relevant experience by remembering your preferences and repeat visits. By clicking “Accept All”, you consent to the use of ALL the cookies. However, you may visit "Cookie Settings" to provide a controlled consent.
Cookie SettingsAccept All
Manage consent

This website uses cookies to improve your experience while you navigate through the website. Out of these, the cookies that are categorized as necessary are stored on your browser as they are essential for the working of basic functionalities of the website. We also use third-party cookies that help us analyze and understand how you use this website. These cookies will be stored in your browser only with your consent. You also have the option to opt-out of these cookies. But opting out of some of these cookies may affect your browsing experience.
Necessary Always Enabled
Necessary cookies are absolutely essential for the website to function properly. These cookies ensure basic functionalities and security features of the website, anonymously.
Functional
Functional cookies help to perform certain functionalities like sharing the content of the website on social media platforms, collect feedbacks, and other third-party features.
Performance
Performance cookies are used to understand and analyze the key performance indexes of the website which helps in delivering a better user experience for the visitors.
Analytics
Analytical cookies are used to understand how visitors interact with the website. These cookies help provide information on metrics the number of visitors, bounce rate, traffic source, etc.
Advertisement
Advertisement cookies are used to provide visitors with relevant ads and marketing campaigns. These cookies track visitors across websites and collect information to provide customized ads.
Others
Other uncategorized cookies are those that are being analyzed and have not been classified into a category as yet.
SAVE & ACCEPT